It’s a gamechanger for the cryptocurrency market, but whether it’s Bitcoin’s greatest ally or a backstabbing usurper isn’t clear.

Libra will be backed by a basket of fiat currencies and overseen by a group of big financial institutions, including Visa, Mastercard, and PayPal, as well as big tech companies like Uber and Spotify.

This addresses concerns regarding volatility and trustworthiness, but does it go against the whole ethos of cryptocurrency, which is supposed to be open and decentralised?

So, will Facebook help bring cryptocurrency into the mainstream, or will Libra make Bitcoin obsolete? 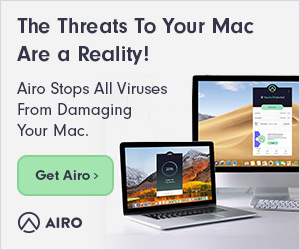 Bitcoin may be stealing the headlines, but it’s not the only cryptocurrency making waves in the market.

Litecoin continues to surge, and last week hit a 13-month high as the cryptocurrency’s next halving approaches.

A halving is where the rewards granted to miners for processing transactions and adding new blocks to the chain drops by 50%. It decreases the rate at which new coins are minted, tightening supply if demand continues to grow unchecked.

A quick look at the charts for some of the biggest cryptos shows that Litecoin was bucking the trend last week.

Ethereum, Ripple, and others are all moving in step with Bitcoin, which has so far failed to conquer the $9,000 handle and last week had fallen back towards the well-trodden $8,000 support.

But while the halving remains on the horizon, Litecoin seems to be heading higher. There will be a correction, but the question is how much further can the advance go before the pullback?

Security has always been one of the key issues for cryptocurrency.

Over $1 billion of Bitcoin, Ethereum, and other altcoins was stolen by hackers in 2018, and even the biggest exchanges have fallen victim.

Facebook is trying to allay these concerns with its ‘bug bounty’ programme. Members of the security community can earn rewards of up to $10,000 for finding and reporting flaws in Libra’s blockchain.

The move could help to ease concerns and pave the way for widespread adoption of Libra when it is launched next year. Doing so would likely bring renewed attention and interest to Bitcoin and other top cryptocurrencies, even if many in the market reject the idea that Libra is a cryptocurrency in the purest sense.

Will Libra boost appetite for the major cryptos, or make them redundant?

I appreciate you visiting my website. I'm an entrepreneur, investor, and advisor to many businesses. If you’d like to pursue a self education, then I want to help you. My goal and mission is to help others become successful as marketers online. To accomplish this, I provide valuable content to assist in learning the skills to become a successful marketer. If you're willing to work at it and apply what you learn, we've got all the resources to help you create your own source of online income. All you have to do is stay subscribed to my email list. Because as long as you’re subscribed, I’ll be sending you: Lessons learned from my mentors; Insights into entrepreneurship and creating financial independence; Interviews with some of the smartest people in the world; Book of the day summaries; Recommended courses; Rants about important issues. View more posts